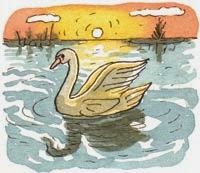 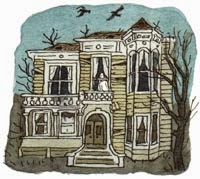 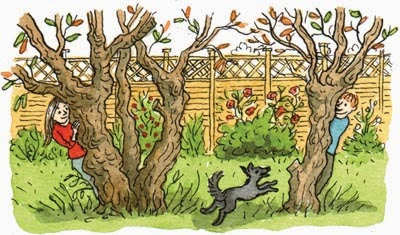 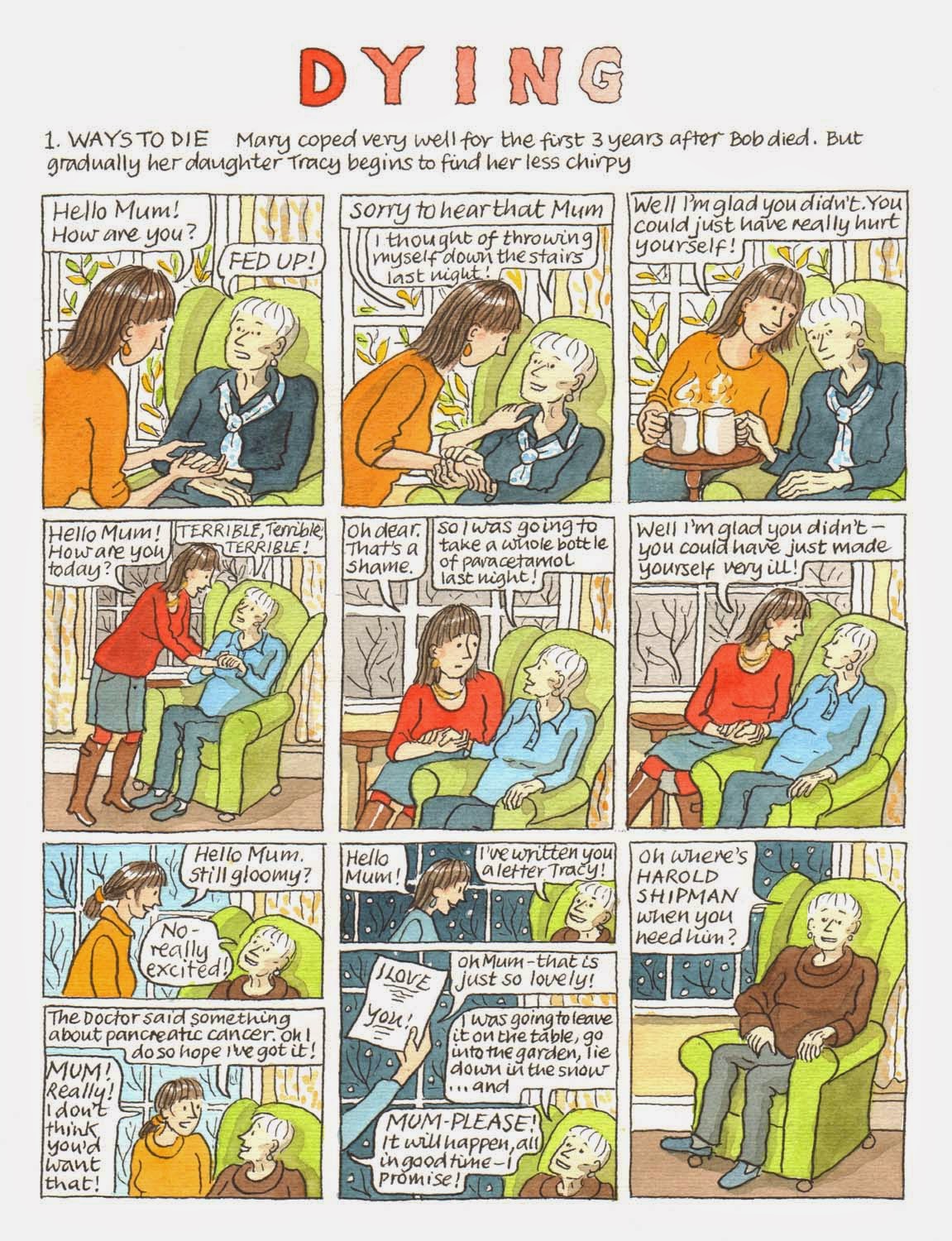 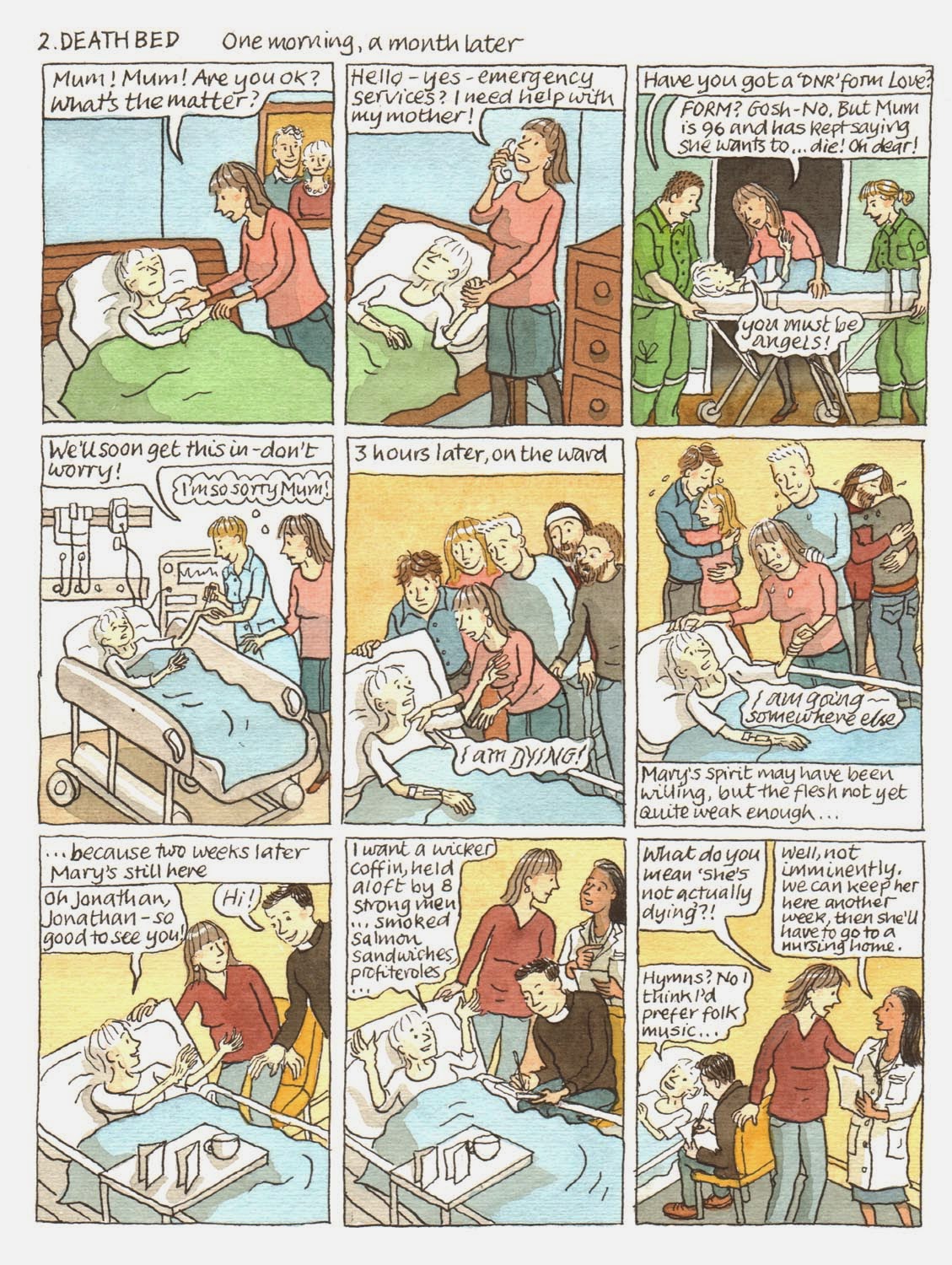 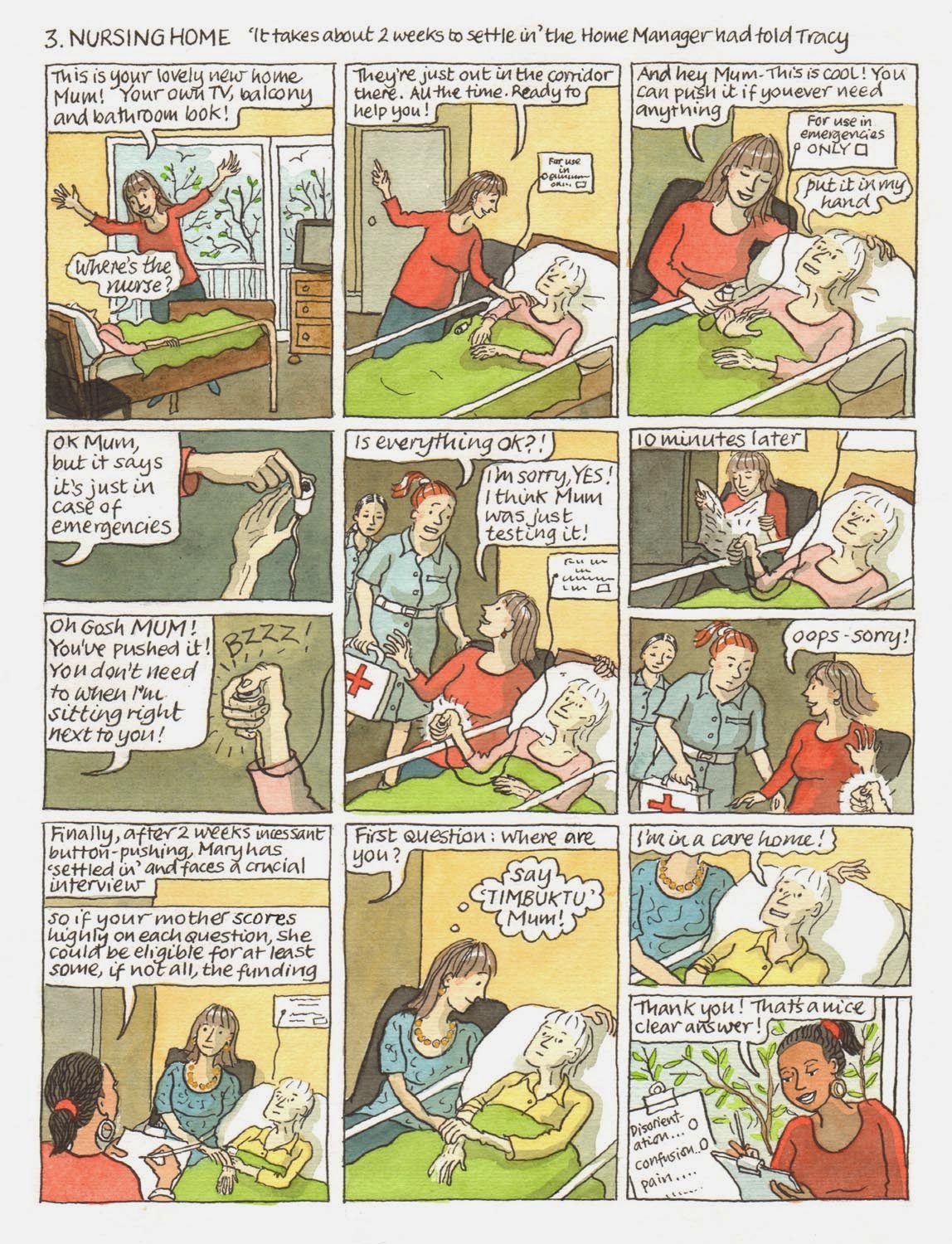 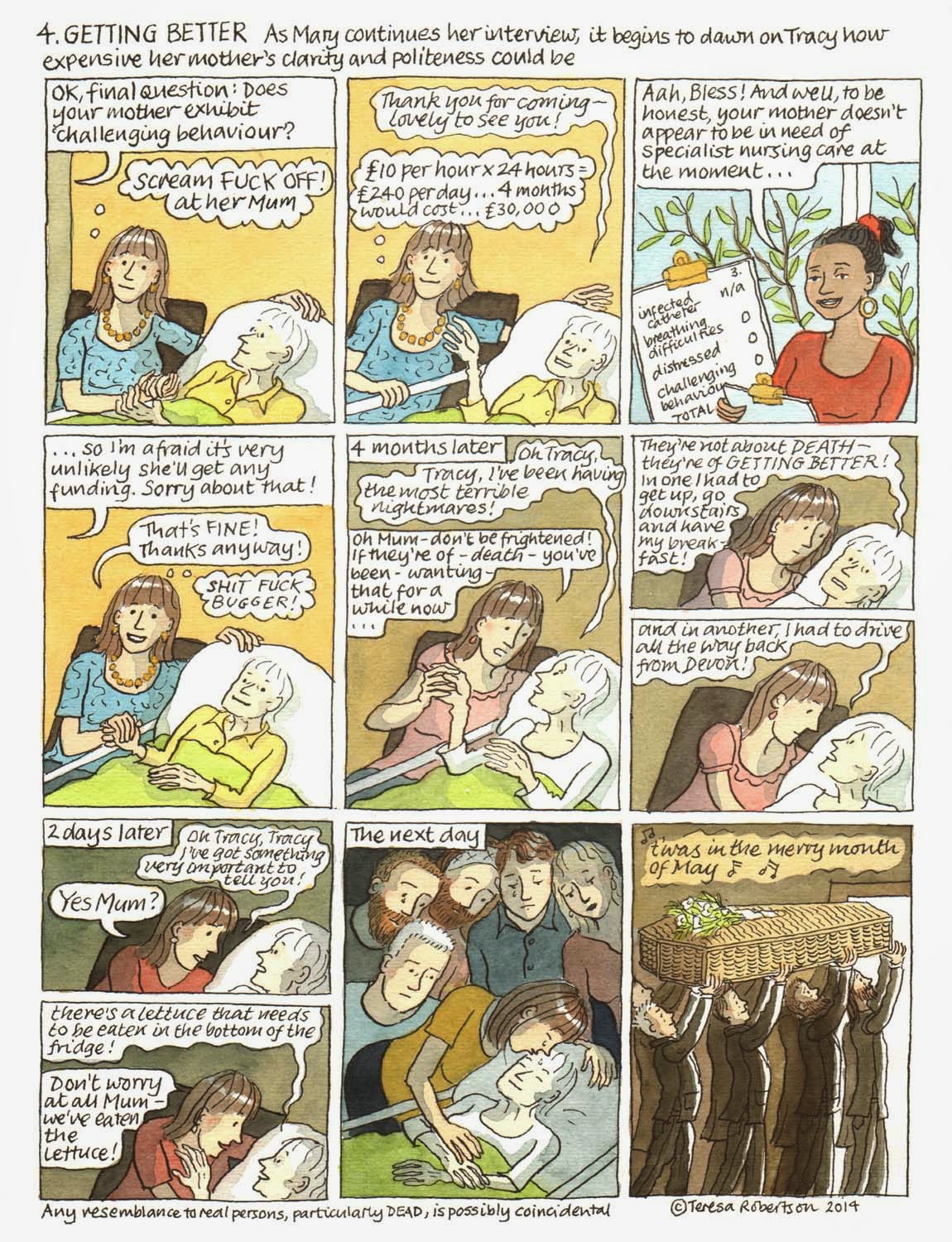 I'd kept telling my sons that I wanted to do a comic strip about dying and Lawrence challenged me by telling me about a competition I should enter, which he was entering too. He texted me to say 'I've won!!!!' which gave me a strange mix of utter pride and total jealousy, until I realised he was lying. Neither of us won but we enjoyed working on the stories.
Posted by Teresa Robertson at 20:31 No comments: